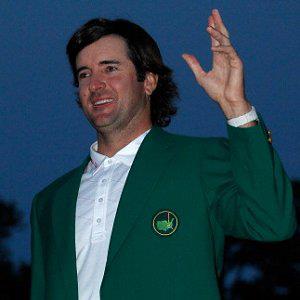 Bubba Watson’s physical routine and mannerisms may seem a bit quirky to those who have taken countless lessons and strive for a Teflon demeanor on the golf course; but his mental skills are golden.  Let me begin by saying that I have never met the 2012 Masters champion, and have no knowledge of whether he has ever worked with a sport psychologist; I just know from his inspiring interview following Sunday’s victory that his mental skills are both exceptional and a model of what sport psychology research knows to be effective.

Bubba is a genius at not being confused by thinking. “I hit the shot I see in my head.”  Sport psychologists know that imagery is perhaps the most powerful of all mental skills.  The logical conscious mind knows all about critiquing and analyzing a shot, but is pretty inept when it comes to executing that shot, or any other physical task that requires coordination.   The part of the brain that deals with images, rhythms and sensations is supreme when dealing with the fine-motor movements of sport.  Many people believe that sport psychologists “teach people to think positively.”  In my experience, I teach people not to think, and instead focus their attention on the images and rhythms of what they want to experience.  Bubba is a master at trusting the “unconscious” part of the brain that knows how to put all the pieces together and perform under pressure.

Bubba is a model of paying attention to where he pays attention. Shortly after his win, commentator Tom Rinaldi asked him, “What did you most overcome today?” Bubba’s response:  “Thoughts that weren’t on the golf course; thoughts that were about other things…”  Ever since the 1970’s, sport psychologist Dr. Bob Nideffer has advocated that the key to success in any endeavor is to: 1) know what is essential for success; 2) keep your attention on what is essential; and 3) ignore the distractions.

If I had any reservations about Bubba Watson being a role model for sport psychology, it vanished when I learned of his tweet first thing Monday morning after the victory:  “Up early can’t sleep, don’t want to miss any part of being a dad . . . . ”  He understands what is important in life.

Bubba may have never taken a golf lesson in his life; but we can all take a lesson or two from Bubba.

One Reply to “Sport psychology lessons from Bubba Watson”